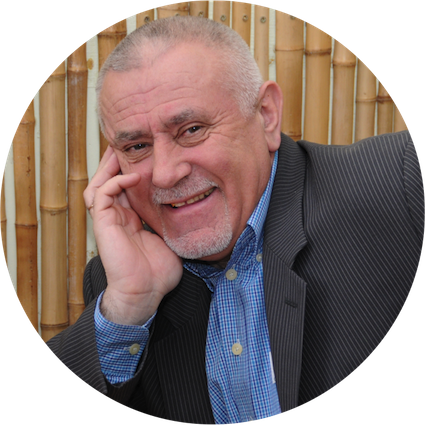 THE WORD FROM DIRECTOR

I great you in the name of our Lord and Savior Jesus Christ!

The Christian Center for Entrepreneurship Development “Success” is a non-profit organization that brings together people who share vision and goals of the Center.

The activities of the Center are based on Christian morals with an ultimate goal to spread the kingdom of God on Earth through changes in the mindset of people, training and helping them to form Christian character, to practice highly moral life skills develop an business that is built on Biblical principles.

Also one of our main objectives is care for orphans, children from large and law income families, children of the group of risk trough training, material and moral support.

When we are talking about the Kingdom of God first of all we need to understand what is the kingdom.

The kingdom is the system of administration and control over certain group of people in certain area or sphere. It can be a country or political party, or corporation, organization, business or family. Every one in this world are part of one or more kingdoms.

The Earth it self is a big kingdom but it has many smaller kingdom where people rule with certain authority. Every kingdom has some kind of rules, values and moral-ethical norms by which the kingdom manage it self.

When God created a man and placed him in garden of Eden, He gave man a authority over the land. It was the image of God’s Kingdom. There the rules of God about life and stewardship were active.

Because of the fall (disobedience to God) a man left God and began to live his own way. Man stated to follow his own selfish moral-ethical rules and norms that were contrary to the Biblical. Because that the deception, lies, hunger, wars and problems are reining on earth. The history of all the nations are pierced with such miseries.

Now those rules and principles are available to every one who acknowledge Jesus Christ as their Lord and accepts His Constitution into their life. That person enter into His Kingdom. Those kind of people are called Christians and they are called to spread the borders of the Kingdom by taking the morals of Christ to the nations.

The Kingdom of God will reign in the world when all of the people form all over the world will see the values of God’s standards and will manage their life and lives of other around them accordingly.

May the Lord bless you to be in His Kingdom!